Disney on Ice: Treasure Trove - a KidsOutAndAbout review | Kids Out and About Los Angeles

When Disney on Ice comes to town, the question isn’t, “Should we go?” The question is, “Which version of the show do we most want to see?” Like everything Disney does, the Disney on Ice performances are all done to the gold standard. But deciding on which show your child would like most ("Treasure Trove", "Princesses & Heroes", "Let’s Celebrate", "Passport to Adventure", etc) is a simple matter of finding the one with your child’s favorite characters. Frankly, we’ve been entertained at every different performance we’ve seen, but check out these details for Disney on Ice: Treasure Trove, from Fairfield County editor Diana, to see if it’s a perfect fit for your family. 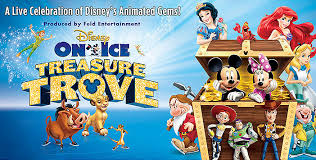 Disney on Ice: Treasure Trove opens with a number from Toy Story which features performers dressed as the little, green, plastic soldiers.  Throughout the show, I wondered how these performers danced around the ice with some of the costumes they were wearing. Truly professionals! Next up were some scenes from Alice in Wonderland including an un-birthday party.  My daughter was enthralled at this point.  After this, the ice turned into a swamp and a ticking clock transitioned the performance from Alice in Wonderland to Peter Pan.

After a short intermission, the second act began with scenes from The Lion King which were all crowd pleasers.  There were the classics “HMatata” and “Can You Feel the Love Tonight?” - truly magical scenes!  Mickey then came out and reminded us that the very first animated full-length feature film was Snow White and the Seven Dwarfs.  Finally, a Disney Princess! This certainly made many audience members, my daughter included, very happy.  The final scenes of the show were short snippets from the other Disney princess movies, including Aladdin, The Little Mermaid, Tangled and The Princess and the Frog with a grand finale that included all the princesses and fireworks, of course. 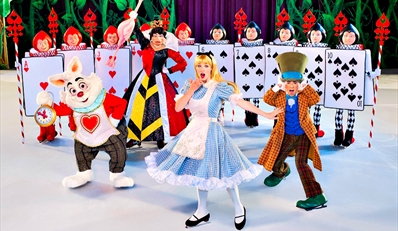 Bottom line: My kids loved it!  Dazzling costumes, spectacular sets, magical lighting and fireworks!  It never ceases to amaze me.   There were kids of all ages at this performance.  We were sitting next to a woman with a 3 month old baby.  All ages could enjoy it.  Tonight’s performance reminded me of the trips we have taken to the Magic Kingdom where my daughter could watch the same show in front of Cinderella’s castle all day long, if we let her.  Now Disney has brought these same details to a venue near us. The only drawback to some audience members is that this is not a Disney Princess spectacular.  I hope this won’t disappoint your little princess.  I was asked whether little girls should wear their princess costumes.  My answer is that I didn’t see many girls wearing them.  If they were wearing costumes, they were preschool-age.

Be sure to get to the arena on time because the show starts promptly.  It’s 2 hours of jam-packed excitement with a 15-minute intermission about 45 minutes into the show.

Check the Disney on Ice website to find which show is coming to your area. 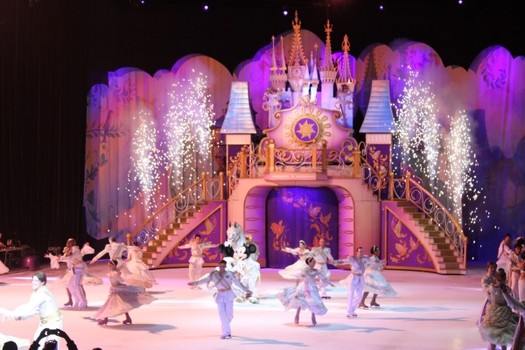 Diana Palmentiero is the Fairfield County editor for KidsOutAndAbout where she lives with her two young children and wonderful husband.